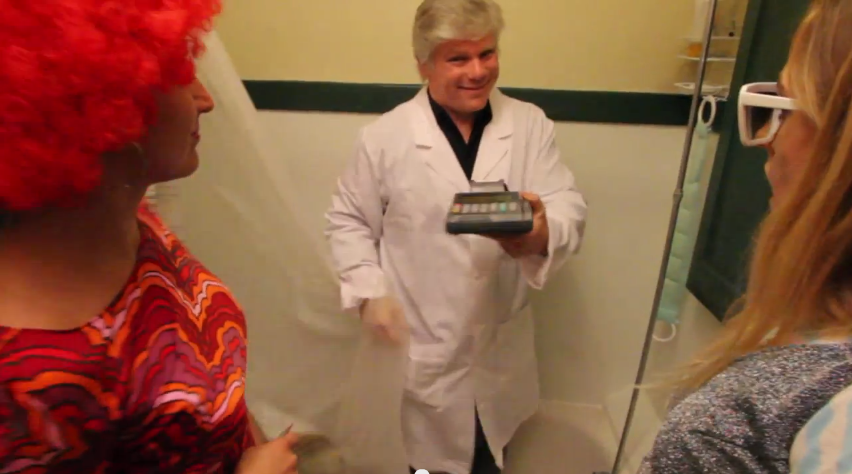 Proffering the “dark comedy that might just give you that pick-me-up you need,” Filter Magazine hosted the online premiere of The Perfect Parasite, the first music video from Drunk Sluts Forever, on December 21, 2013.

Produced by Ashley-Martin Dunn and written by Liam, the video was directed by Cannes Film Festival Bronze Lion Award-winning filmmaker Steven Hanft, who directed the classic music videos “Loser” and “Where It’s At” for Beck, the long-form documentary “Strange Parallel” for Elliott Smith, and other noted videos for the Cure, Primal Scream and Phoenix.

Showing a mad world (nothing like our own, of course ;-)) in which everything one can ingest is suddenly replaced with pharmaceutical pills, the vid features Jennifer Rosetto as the troubled protagonist, Jeffrey O’Connell as the weed dealer, Lizeth Bejarano Gardner as the coke siren, Dennis Neder as the bathroom pharmacist and Holly Catarancuic as the junkie psychiatrist with Liam, playing the various instruments that compose the track, as the Greek chorus.