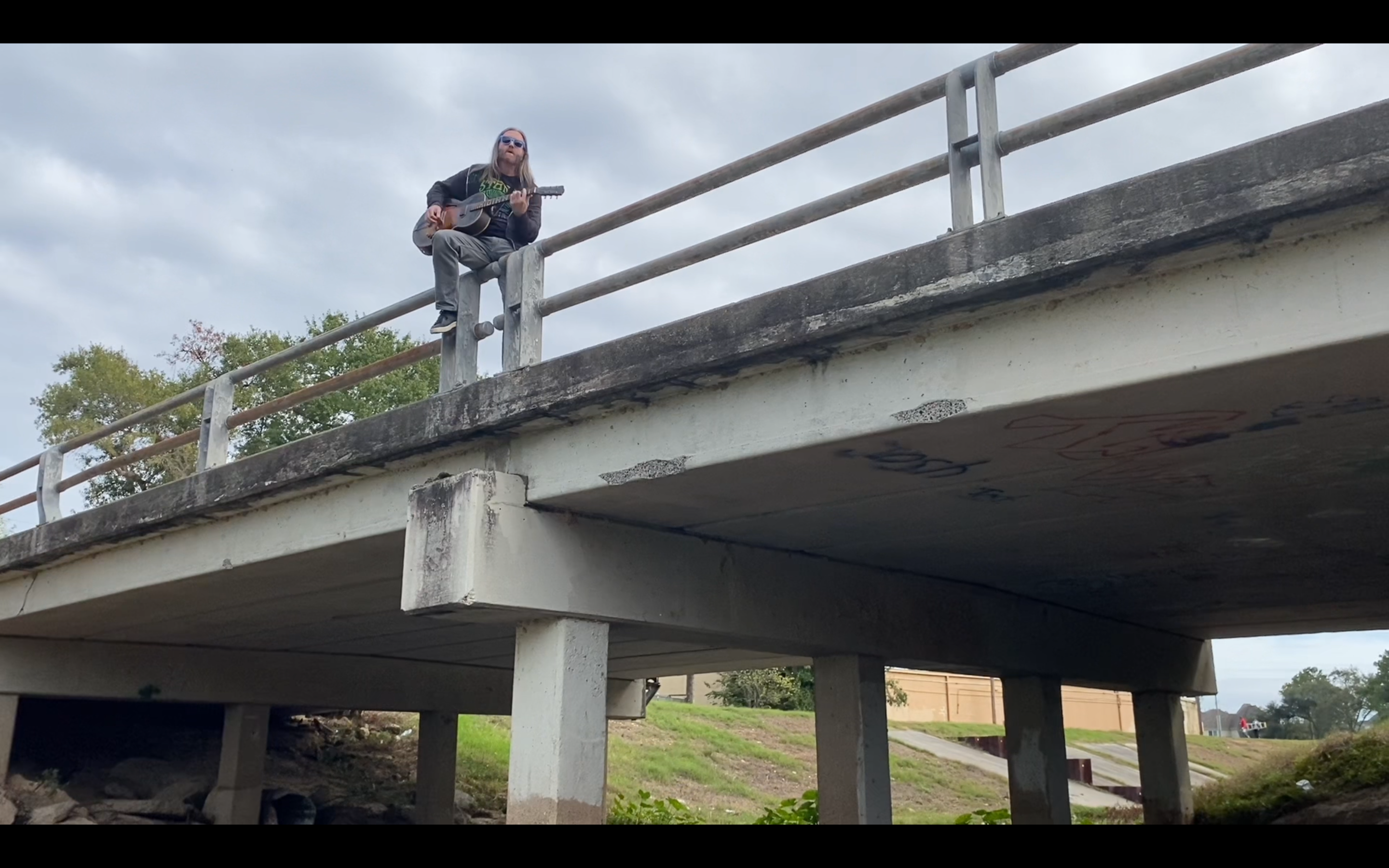 The first official music video from the Mother Lode: Alpha collection will premiere on YouTube on Friday, December 23rd at 5pm PST/8pm EST in the USA. For those of you tuning in from China, that’s 9am on Saturday, December 24th.

The holiday-themed video marks the directorial debut for Robert Slaughter, a family friend of the Houston Gowings for many years. Slaughter, who recorded, edited and synced the footage, spent two days with Liam, filming him guerrilla-style in various locations near brother Brendan Gowing’s home in Klein, Texas on November 22nd, the first day of shooting: Liam’s “Garage Mahal” apartment, Memorial North West Playground, the shuttered TP Liquor store, the local Irish pub Molly Malone’s, the nearby Dollar Tree parking lot and the Klein Bearkats water tower. The second day of shooting was completed at the Texas Renaissance Festival in Todd Mission, Texas on the final day of the fest, November 27th.

While the song follows a chronological journey through the USA’s happy holiday season—Thanksgiving, Christmas and New Years—the true story that inspired the lyrics has a particularly tragic ending: The suicide of Liam’s beloved roommate, Joshua McGinn.

Liam: “It’s a good series of questions to ask yourself around the holidays. If you find your own answers lacking, you know it’s time to make a change. And what better time than at the dawn of a new year?

“When it comes to the resolution at the heart of ‘Joshua’s Mistake,’ I have to believe it was just what the title suggests—a series of mistakes and accidents that culminated in a terrible lapse in judgment. In a case like this, it’s up to us survivors to learn from such an event what not to do. As for the video, I’m glad Robert and I kept it mostly lighthearted and captured that final moment, which was the very last thing we shot towards the end of the second day.

“The angel coming to life and resting her head on my shoulder—that gesture of comfort and solace she offered me—that wasn’t planned or scripted in any way. To anyone reading this who’s lost a loved one to suicide, I hope this video passes on to you the same feeling the angel gave me.”