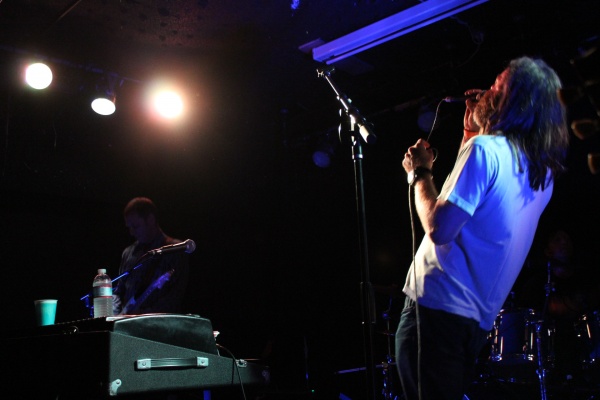 Covering the Drunk Sluts Forever album release show at the Satellite on Nov. 8, initially suspicious writer Alyson Camus offers a glowing review of Liam Gowing & the Family Jewels to the readers of Rock NYC Live and Recorded. Repeating the well-worn jab that “music critics are failed musicians,” Camus first admits to being skeptical of the whole affair but after a thorough and critical appraisal of the live performance, calls Gowing “totally credible” and his efforts “totally convincing.”

16 photos and live videos of “So Long (Pine Box),” “Party Down” and “Release” conclude Rock NYC’s coverage of the show.

On a personal note, I’d like to say I’ve never been more anxious before reading a music review or more pleased after having done so. I first came across the byline “Alyson Camus” in a Rock NYC post she wrote criticizing my Dec. 2004 SPIN feature on the death of Elliott Smith as being personally biased in favor of his fiancée Jennifer Chiba, whom some outliers believe had a hand in his death (never mind that Elliott himself introduced me to her and that she was just one of dozens of sources in my piece). I really took Camus to task in my public rebuttal and gave her an earful after she telephoned me to follow up.

She had every right and probably every inclination to bludgeon my songs, my band and my performance in her review. The fact that she admits to being impressed really warms the cockles.